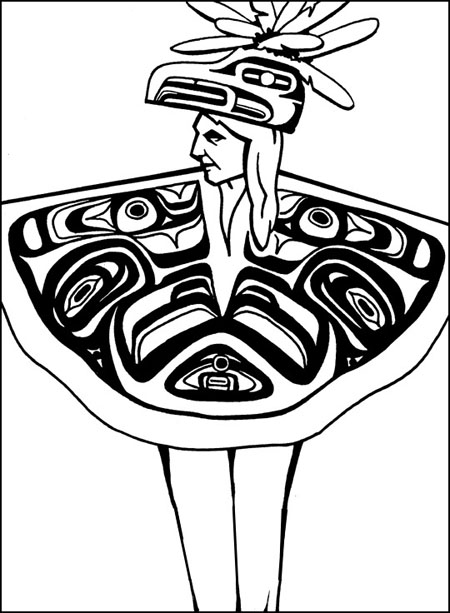 Alki, Chinook Indian word meaning "bye and bye" or "hope for the future."

The Lewis and Clark expedition documented the Chinook Indians. When they came upon the Columbia River the Chinook Indians welcomed them with open arms, which was understandable due to their trading nature. The Chinook Indians were known to trade with people and tribes up to a thousand miles away from their home territory. The influence the Chinook Indians had on trading can be easily seen due to the fact that the major trading language became named after them and partly based on their language, the trading language being referred to as Chinook Jargon. In order for a massive trading language to be based partly upon their language the trading that participated in would have had to have been at a very large scale. Due to their territory being along the Columbia river a good portion of their trading involved fish, mainly salmon, but they were also known for trading canoes as well as participating in slave trade. 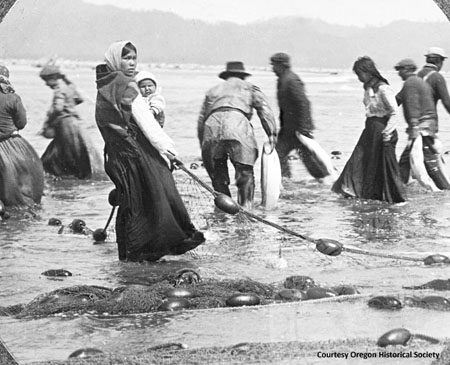 Due to the Chinook Indians being non nomadic, as well as other nearby neighboring tribes, they had little disputes over land. They had all that they needed within their territory and would trade for other things they desired so there was no need to fight. The Chinook Indians are referred to as being very peaceful and laid back in nature. Inner tribe disputes are also known to have been settled with ritualistic challenges instead of fighting amongst themselves. One practice they did participate in that may be considered slightly unique is the practice of head flattening. It seems some people within the tribe would use a flat piece of wood and press and tie the wood to a toddler’s head to make the forehead develop as a flat surface. The flatheads would be held above the round heads in their hierarchy.