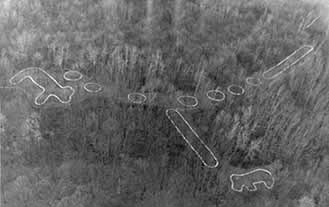 The most commonly seen Native American bear are black bears and grizzly bears, since much of the early Native American artifacts are from the Northwest United States. These bears could be seen on totem poles, drawings, masks, and jewelry among many other pieces of Native American art. The bear is thought to be the master of the forest and that is another reason they are respected is because they shared the same land with the Indian tribes, so what would affect one species would in turn affect the other. 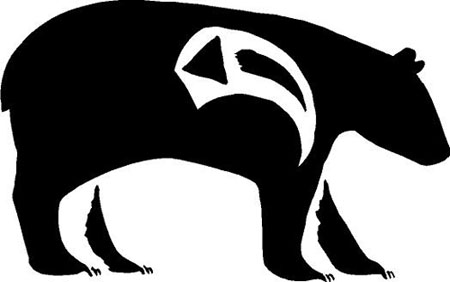 Many of the Native Americans tribes believed that when the Native American bear went into hibernation his spirit form would come out and roam freely. One of the famous Native American myths is about an Indian chief’s daughter who married a young bear who was the nephew of the great bear chief.  The couple had twin bear cubs and she became known as the bear mother. In this myth the brothers of the bear mother killed her bear husband. Because of this the Native American clan called the bear clan was born, and they agreed upon using the bear as their crest. This saved the relationship between the two species of bears and humans and they lived together in the forests. There are many Native American artists that are creating beautiful artwork of the Native American bear in modern day society. There are many other tribes that lived on the same lands as the bear but it is the tribes of the Pacific Northwest that made the symbol so popular with their handmade artwork and crafts. All of the Native tribes had great respect for such a big and strong creature, and if they killed a bear while hunting for food they had to first treat the bear like a guest in the home of their chief before they could eat the meat and use the hide for clothing and bones for tools.