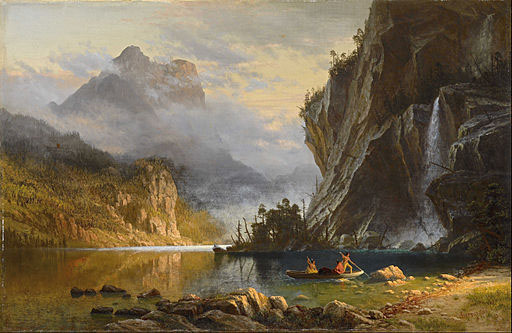 Basically it was a long stick with an arrowhead attached to the end by robe, then the American Indians would go into the water and be perfectly still until fish would swim by and then they would spear the fish and could provide a good meal for their families or for the whole tribe during a Native American celebration or harvest feast.

When the Native American Indians went out hunting or fishing with their American Indian fishing tools they would go out in groups many times, and this way they could try and get enough food for the whole tribe, and in many tribes this style of communal fishing, hunting, and even eating was the easiest and convenient plus very beneficial for every member of the tribe. The need to create American Indian fishing tools and also the Native American hunting tools was a necessity so that the Native people did not have to try and survive off of nuts, berries and other things they could grow and harvest. So fishing and hunting were necessities and they were much harder to do without the aid of any tools or weapons. The most successful fisherman among the American Indians were the most patient of the tribes, but many Native American boys were taught patience their whole lives. Fishing was most common among the coastal tribes and also the tribes that lived in the areas of the Great lakes.