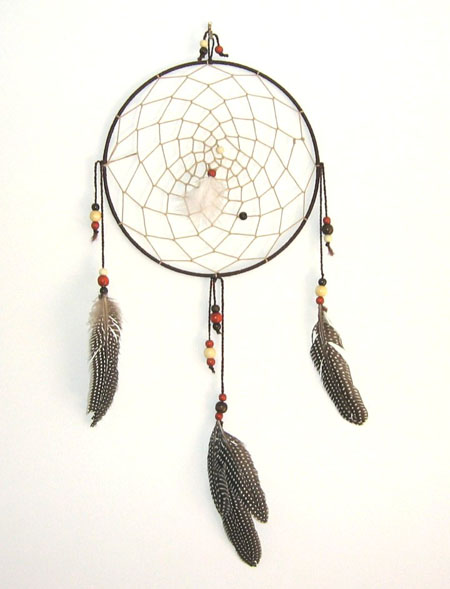 Another version of the story about Native American dream catchers says that the web will capture all of the good dreams and let the bad dreams go out through the hole. Dream catchers were thought to have originated with the Ojibwe tribe, also known to many as the Chippewa Indians. And there are many stories about how the dream catcher came to be. The Ojibwe tribes used to tie strands of sinew in webs around a tear-shaped frame and then they would hang the dream catcher above a sleeping Native American child’s bed to help protect them from nightmares. 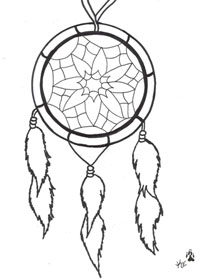