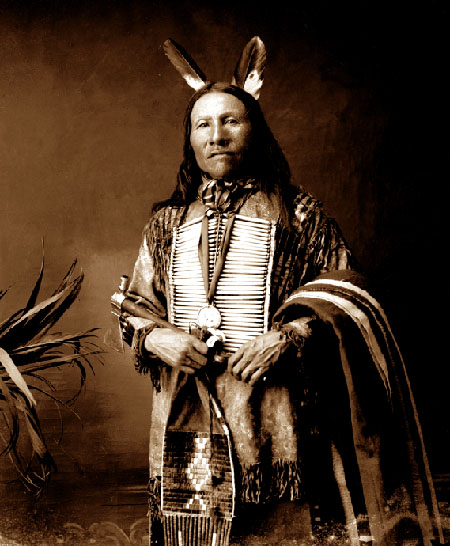 Since the Native American people relied so heavily on nature and everything that was found in their environments it is no wonder that much of the Native American clothing was made from the hides of the animals that roamed their tribe’s territories. Native American men from tribes in warmer climates simply wore loincloths; a loincloth is a long piece of hide tucked into a belt that hangs down in front and back. In the colder climates many men wore loincloths but would also wear leggings made from hides and fur to protect their legs and keep them warm in the winter months.

Native American clothing varied greatly from tribe to tribe as well. Each tribe was easily recognized by their style of clothing. Much of the different tribal Native American clothing was adorned with things such as feathers, porcupine quills, and other colorful things that had symbolism to their tribes’ culture. There are other tribes wear the men would wear kilt type garments or sometimes even pants made out of animal fur, sometimes the pants would just be made out of soft leather and have fringes down the sides of the legs. On their feet most tribes wore some form of moccasins that they fashioned out of animal hides, these protected their feet and with soft leather soles helped them remain quiet while hunting. Some tribal men from certain tribes would also adorn their heads with feather headdresses, and these usually had significant meanings, from the colors of the feathers to the number of feathers. 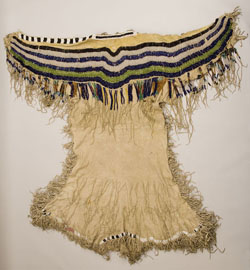